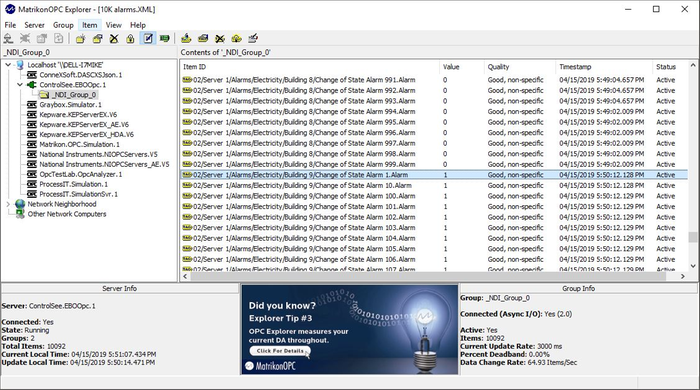 For any new development, given the choice, OPC UA should be used. The only reason to use OPC DA now is if you’re connecting to a legacy product that only supports OPC DA and cannot be replaced or upgraded.

Running as a Windows Service 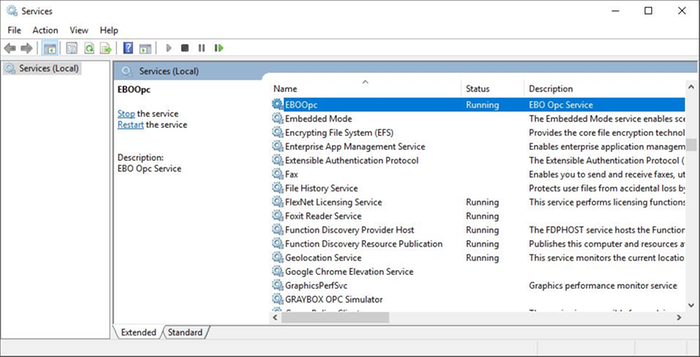 Automatic reconnection with the EBO system and the OPC clients

When the EBO-OPC server detects that the EBO system (Enterprise Server) is not running, it will mark all items’ quality as “Bad”, letting the OPC client know there is a problem. When the problem is resolved, the items’ quality will be changed to “Good”.

Discovery of all EBO values

A SmartConnector extension processor discovers all EBO values including values in remote controllers defined in the EBO (Operator Workstation).

The number of the EBO values you can share with the OPC clients is virtually unlimited. The only limit is the amount of memory (RAM) in your computer.

OPC DA is based on the Microsoft's DCOM and had some significant limitations inherent to that technology. To get away from the limitations of DCOM, the OPC Foundation developed, and released, a new version of the OPC protocol called OPC UA.

Thanks to its new properties and well-designed architecture, the OPC UA protocol is rapidly gaining popularity among automation system vendors. OPC UA gateways are installed by a growing number of industrial enterprises across the globe.

The protocol is increasingly used to set up communication between components of industrial internet of things and smart city systems.

The security of technologies that are used by many automation system developers and have the potential to become ubiquitous among industrial facilities across the globe is one the highest-priority areas of research for Kaspersky Lab ICS CERT. This was our main reason to do an analysis of OPC UA.

The EBO-OPC UA server support standard OPC UA security by using certificates. Without a certificate the OPC UA client will not be able to connect. 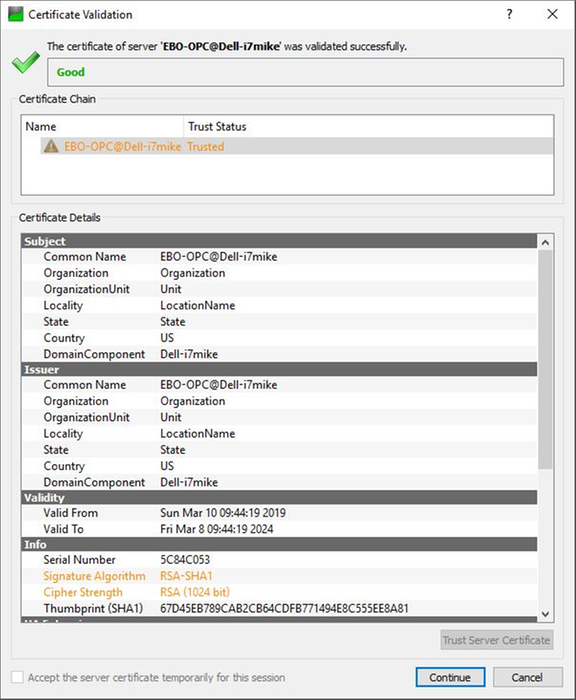 Forcing EBO points (values) is a crucial component of your EBO control system. If you share your data with OPC clients, it is also important to share the force-status ("Forced" or "Unforced") with the OPC clients. Furthermore, the OPC clients can also force and release the EBO points.

Your product is just steps away!

Register for FREE to buy, get downloads and access free trials.

Get Resources and Start FREE Trials